The history of the sports of Jugger is quite interesting. It started in two areas of Germany independently around 1993, as far as we know.  The two branches had their differences, which then fruited the first communal rulebook in 2007. Arund 1992, there has been an US LARP version, but that didn't seem to take hold.

Lester, the founder of the Berlin branch, has done a nice poster about the Jugger timeline (see this IJB article). Uhu published interviews with "first Juggers" in his second Jugger book, albeit in German. Uhu also discusses the history of Jugger in this Uhus Jugger Tutorials (at 14:06).

The Jugger Rulebooks Archive also sheds some light on the development of this sports. Maximilian did a nice timeline of Jugger books illustration there: 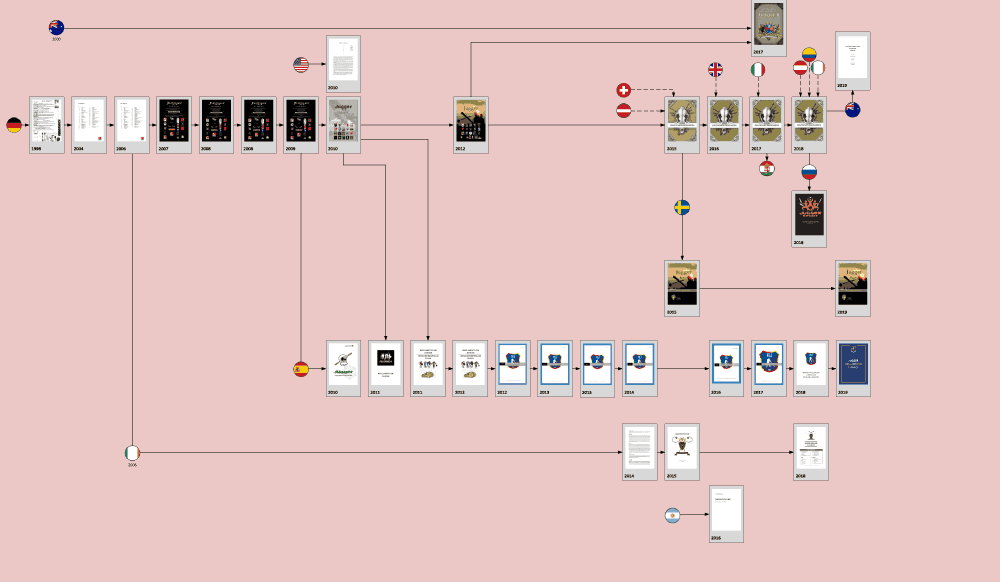 ... they play with a sledgehammer in Australia?
... there is no legitimate authority which can make legitimate decisions on Jugger for the community, neither in Germany nor globally?