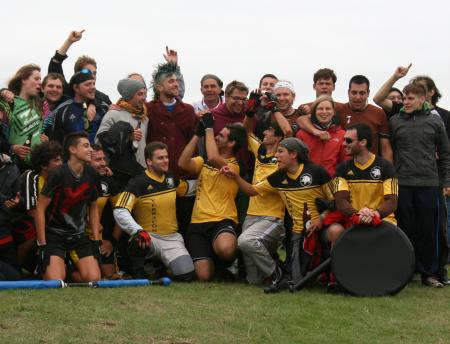 ... there is no "true" form of Jugger, only different sports variants as well as post-apocalyptic and LARP variants?
... there is a foto pool on flickr where everyone can add his or her best Jugger shots? Foto pool